Pilgrimage to ‘Lu Cristu’ (Christ): The story of a special event

Fourteen Glories make up the Via Lucis of Campobello di Licata that leads to Christ: a path through vineyards, cypresses, espaliers and a heavily chalky and luminous terroir that extends for about one kilometer inside Baglio del Cristo of Campobello, a winery that owes its name to the wooden crucifix standing in its land.

The progenitor Mr. Angelo Bonetta  approaches the parish priest and he does the honors before beginning the pilgrimage, as usual for several years: he greets him warmly and then he spends time with faithful arriving and crowding the winery’s outdoor spaces. His son Carmelo, his  nephews and all the members of the company are with him: baglio del Cristo of Campobello is a great family-run reality, although a few years ago the other important family member, Domenico Bonetta passed away but he lives on through memories of those who knew him.

You can enjoy an indescribable view there: the blue sky that fascinates and provides you peace of mind, just moments few clouds extending  horizontal cover it; the green of the vineyards conveys life and energy, at times the sun hides itself but it reflects off the vineyards: nature offers endless beauty that cannot be compared to anything else.

The children revise their choirs, the photographers begin to take place, the parish priest recommends silence: about 6 pm it starts with the first Glory and it creates a special atmosphere of meditation and prayer, in a place that in itself is a godsend, but it becomes even more a place of spirituality and devotion thanks to this tradition which has been renewed for seventy years.

One by one you reach the Glories along a path marked by stakes that indicate different stops: you walk, then you stop, sing, pray and then it starts again, while the sun begins to set, the sky is colored by orange and the clouds fall apart.

The last Gloria is right at the feet of the Christ, a wooden crucifix dating back around 200 years ago. It is here that the greatest pathos moment is reached: the choristers sing their songs among the rows, men and women alternate directed by a young choirmaster until when the priest blesses all those present.

The Pilgrimage to Lu Cristu is a particular  acute moment in Campobello di Licata: it is said that, about 200 years ago, while cultivating the lands where the Via Lucis takes place today, a farmer invoked a grace and having received it he decided to erect the Crucifix in order to honor and venerate Him for the grace received. Since then many people have took the path that leads to Christ asking for a grace or simply laying down a flower or saying a prayer, giving life to a tradition that has remained nowadays and that enriched further over the years thanks to a greatest involvement of the Church, to the presence of more polyphonic choirs and to the Bonetta family who decided to contribute to the religious event.

Today the event is followed not only by people of Campobello but also by the neighboring municipalities, becoming an increasingly awaited and heartfelt appointment, which also intrigues the lovers of the wine world, some tourists but also numerous young people who will transmit,  hopefully, the tradition to future generations.

At the end of the pilgrimage, you go up along the path to return to the winery: the sun gives way to a slice of the moon, the hill breeze leads us to cool evening, but on the notes of Rosa Balistreri, the La Trivella group of Ravanusa begins to warm the atmosphere.

As it has been doing for several years at the end of the Pilgrimage the Bonetta family organizes a convivial moment and refreshment in one of its  terraces to thank the choir members, the priests, the numerous faithful and those taking part in the pilgrimage.

Obviously wine cannot miss: the glasses of white and red wine from Baglio del Cristo di Campobello are a pleasant accompaniment to the offered typical culinary preparations: rolls with panelle, salami and cheese, sfincione and sandwich with spleen prepared by Giardina’s butcher shop.

The guitar keeps on playing, Sicilian folk music entertains those present, there are those who start dancing and suddenly the terrace turns into a dancehall where people start to move and dance in joy and simplicity.

It is time for us to return home, enriched by an experience that has restored our spirit and our body too.

Below pictures of the event. 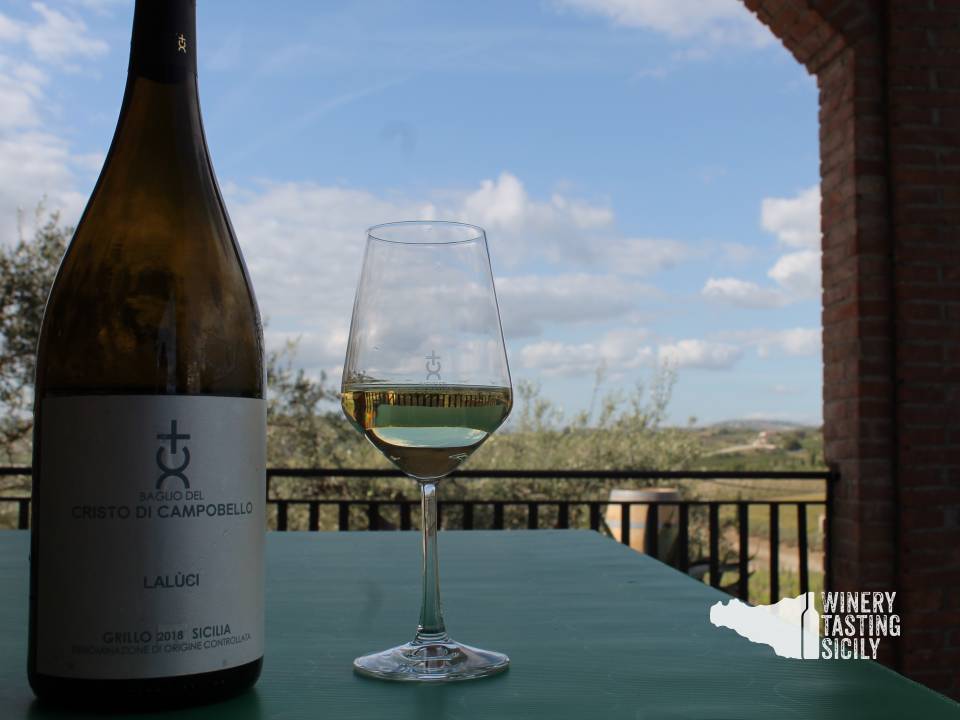 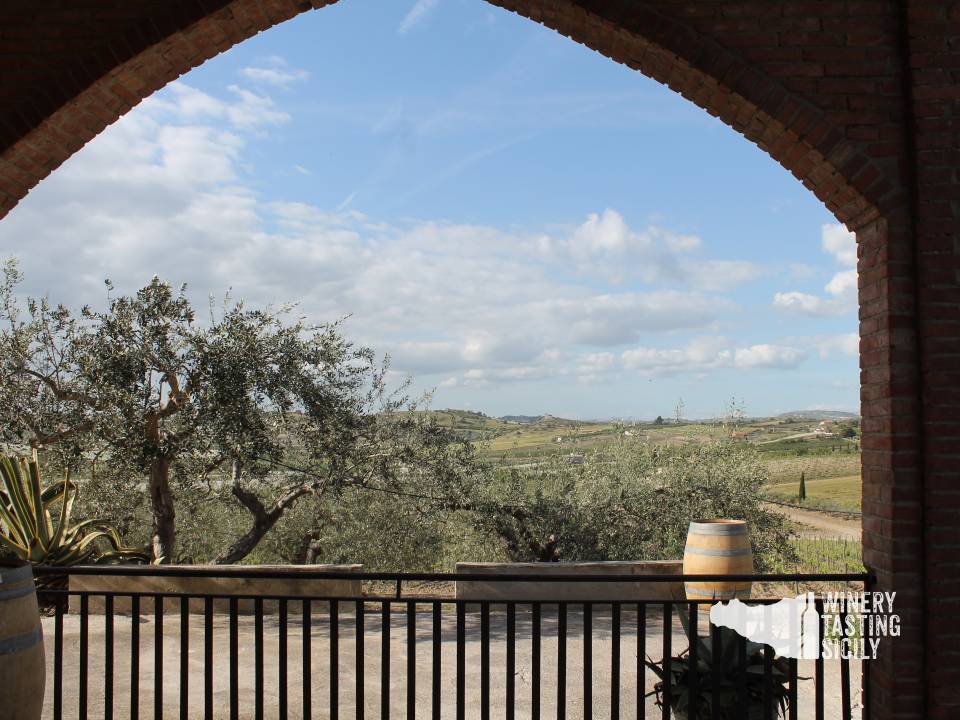 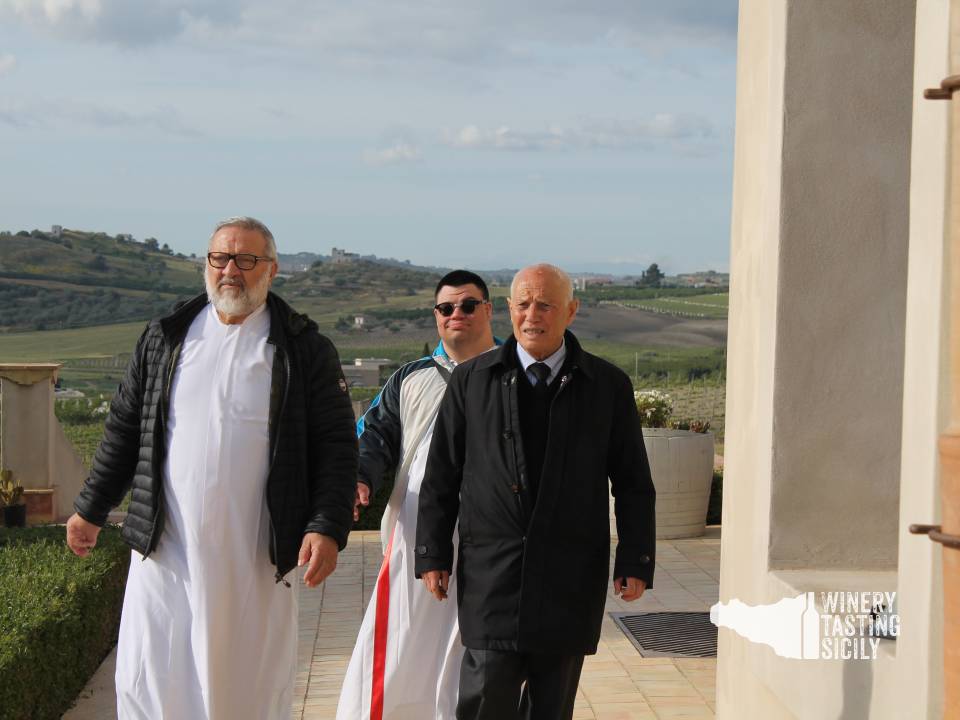 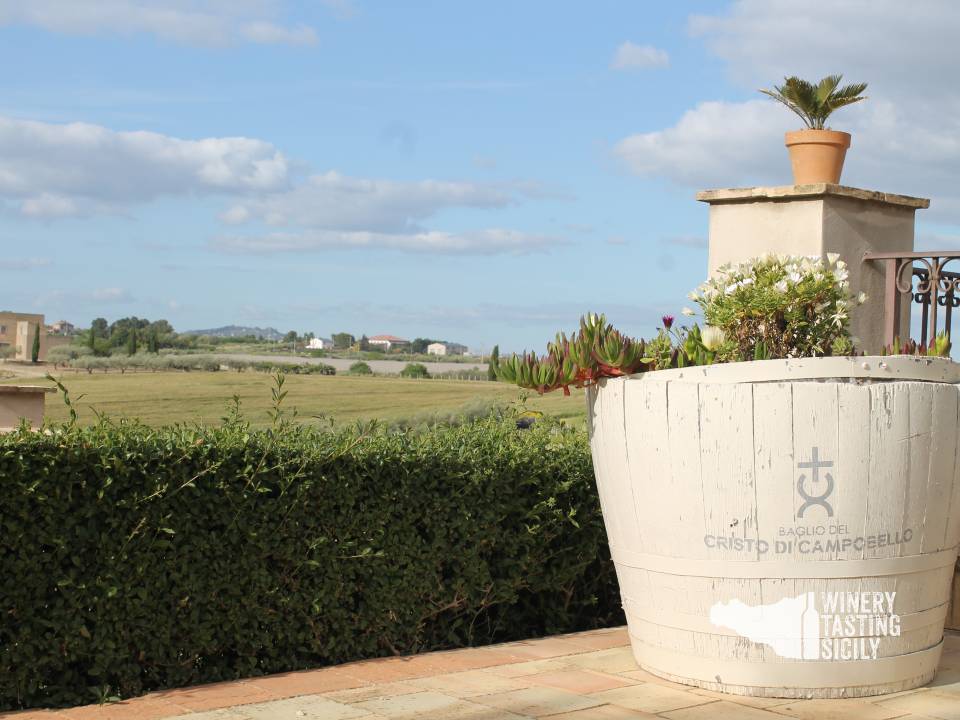 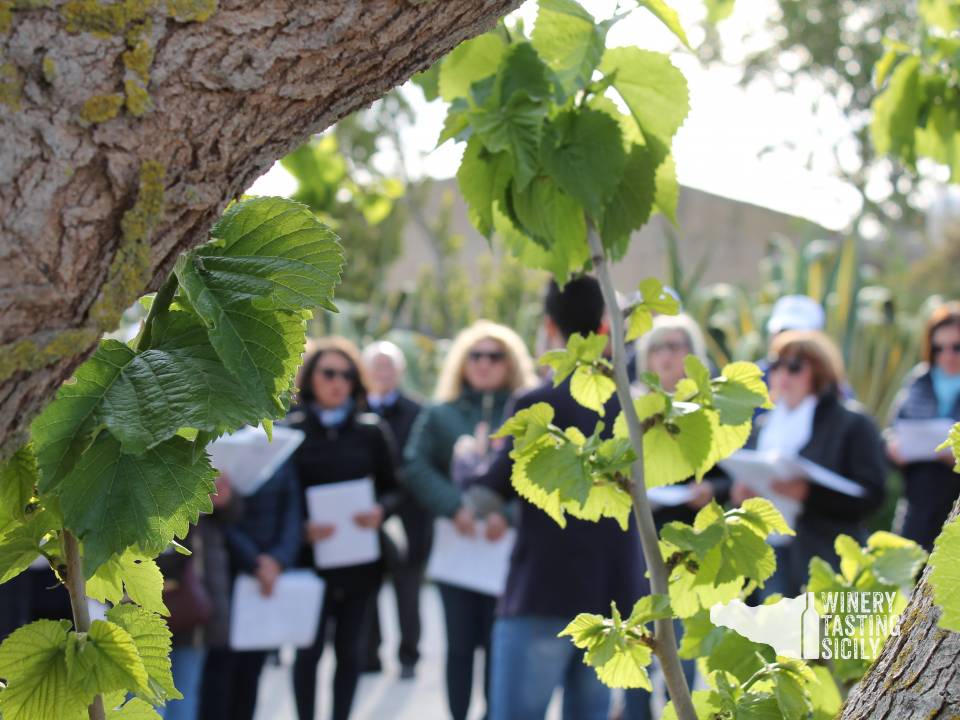 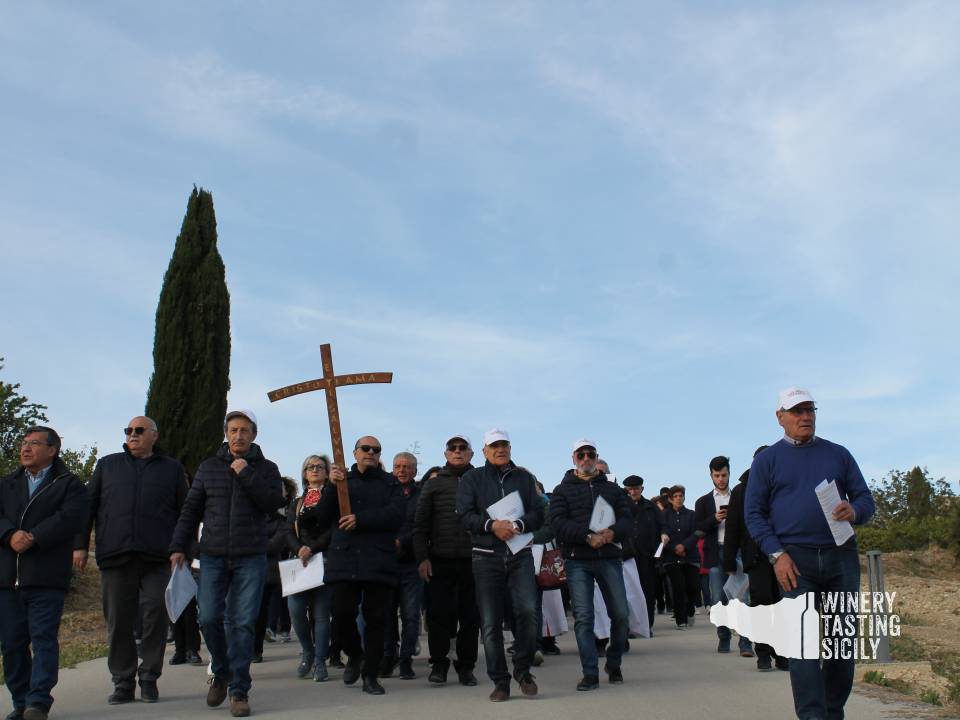 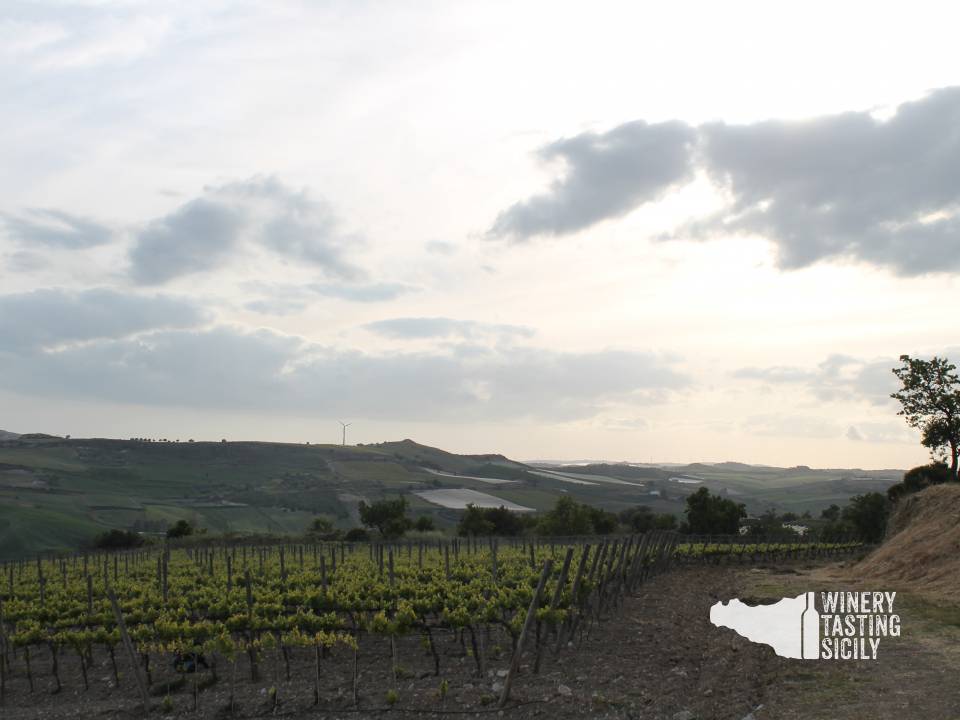 How the Mandrarossa Vineyard Tour 2018 went in Menfi