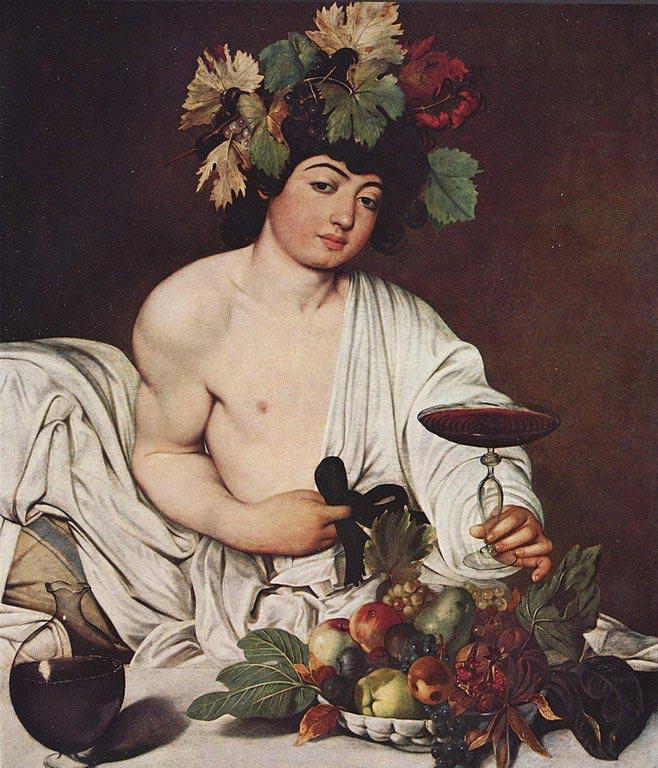 According to Greek mythology, the dwelling of the Gods was on the highest peak of Mount Olympus and no human eye had ever seen the ivory towers and the golden loggias, since they were enveloped in a mantle of clouds. In the palace, as shiny as a diamond, the large feast hall hosted the Immortals who, sitting around Zeus, ate out of golden dishes the mysterious ambrosia which confers eternal life. To Zeus’ right, sat Hera, his wife; to his left was the gentle and graceful group of the other goddesses, while young Hebe, daughter of Zeus and Hera, poured a delicate nectar into the shining cups of the divine hosts. Hebe, as we well know, was not an only child: Zeus had many children from his wife, but also from other goddesses and mortal women, to whom he very easily took a fancy. When his male children were born, he held celebrations which, even though great, magnificent, with plenty of nectar and mead, could not create a state of full inebriation. Even Zeus and his divine court lacked something.

One day Zeus, during a hunting party, met Semele, a beautiful girl, daughter of Cadmus, king of Thebes, with whom he desperately fell in love and whom he made pregnant.

For Semele, in love with the handsome young man, began the sweet time of awaiting the demigod child, but soon she became a victim of Hera’s terrible revenge. With an evil plan, she saw to it that Zeus went and visited her on his fire chariot surrounded by thunder and lightning. The chariot was so bright that the poor mortal woman could not stand the sight and was burnt to ashes.

When Zeus saw Semele’s sad end, he gently took the fetus from the maternal womb and sewed it into his own thigh.  When the time came, he gave it to light again, named the nice and lively boy Dionysus and entrusted him to Hermes and to the care of the Nymphs, who lived in a cave overgrown in wild grape vines. They, together with the Seasons and Satyrs, their goat-footed companions, joyfully brought up the little Dionysus, who became more and more plump and cheerful. Zeus’ favourite child, he was allowed to do whatever he wished: to run in the woods, steal honey, even tame two orphaned tiger cubs who will never abandon him.

Finally, on a hot day, a miracle happened: Dionysus, while lying down in the cool of the cave, picked up two or three bunches of grapes hanging from the vine-shoots and crushed them for fun pouring their juice into a golden cup. The smell was inviting, heat and thirst tormented him, so he downed the wonderful unknown purple and foamy drink in one gulp.

What a wonder, what a vigor, what a new and strong flow of life…what a great gift Mother Earth had given to the joyful son of a mortal woman and Zeus.

She had given wine.

Nymphs, Satyrs, Seasons and all Dionysus’ companions wanted to taste the ruby-red drink and for the first time were filled with an inebriating and fantastic divine exhilaration.

Far superior to the sweetest nectars and to the best meads, wine was pleasant and exhilarating.

Valleys and forests, that day, became the stage on which the first winelovers who, holding hands, sang and danced in circles with joy, until at night, exhausted but happy, they fell into a calm beauty sleep under the shelter of pine trees and oaks.

Wine tourism in Sicily? Food and Wine Tourism is growing

Between sea and fire: Vulcano’s wines

An Aurora shining on Mount Etna