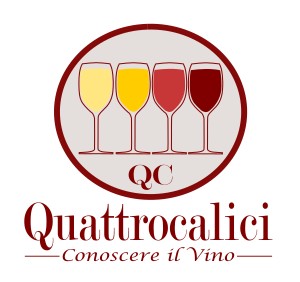 Carlo Hauner, from Brescia of Bohemian origin transplanted to the Aeolian Islands, was the creator of the farm that bears his name. As a young man he was a painter and, not yet twenty years old, he exhibited at the Venice Biennale. In the years of maturity he achieved significant international successes as a designer. The passion for wine can be seen as the last challenge of an intense and full of interests life.

On the Aeolian Islands, it arrived for the first time in 1963, when tourism ventured the first timid apparitions. After some summer holidays, in the seventies he moved to Salina. Always restless and curious, he is attracted by the cultivation of Malvasia, the grapes that local farmers harvest in mid-September and dry in the sun for a couple of weeks. According to the traditional method, during the day the grapes are exposed outdoors on racks and withdrawn at sunset. Hauner learns the local wine-making techniques and when he decides that the acquired knowledge and his creativity can contribute to a wine that in the past had been famous as "nectar of the gods" goes in search of plots of land left fallow due to the strong emigration that brought thousands of Aeolians to Australia and the Americas. He manages to put together about twenty hectares that he cleans, restores to the ancient terraces and brings to life as vineyards. Introduces some innovations: it makes the grapes dry on the vine and experiments with cooling techniques during fermentation. Small revolutions that fascinate the experts, starting with Veronelli, and which bring Hauner's Malvasia to the tables of prestigious restaurants, first in Italy and then in France, the United States, Great Britain, Japan and other countries. Hauner's new winery is located in the 1980s in Lingua, the charming hamlet of Santa Marina Salina. The Aeolian-style building is equipped with a modern refrigeration system and steel barrels alongside those of wood for aging, with a total capacity of 1,200 hectoliters. The inauguration of the new winery coincides with the ever-growing interest that the reborn Malvasia raises among critics, journalists, television crews, oenologists, producers and simple lovers of classy wines. Visits to the winery and to the "Carlo Hauner character" are increasingly frequent and contribute to spreading the fame of the Aeolian archipelago and the prestigious wine produced there. And it was in those years that the company added the Salina Bianco, the Salina Rosso (medium-graded table wines) and the Antonello, a product of great lineage aged in barrique, to Malvasia. After the death of Carlo Hauner, which took place in February 1996, the company is energetically led by his son Carlo Junior with the precious collaboration of his wife Cristina and their children Andrea and Michele. Today there are about 50,000 bottles of Malvasia, divided into two versions, natural and passito. To the grapes harvested in the vineyards owned by the company is added that of numerous other local producers that give the winery its own production. Many of them returned to wine-growing after the traditional Aeolian liqueur wine came back into vogue thanks to Brescia's Hauner. The company also produces capers, those tasty buds that the inventor of this glorious company labeled first with the words "Capperi di Salina".

In the labels, both of the capers and of the wines, we find the shapes and colors that so much loved by its creator: the Aeolian architecture, the colors of the vegetation of Salina (defined Isola Verde), the reds and oranges of the moon and of the alba, the black of the volcano, the blue of the sea, are reproductions of his paintings. 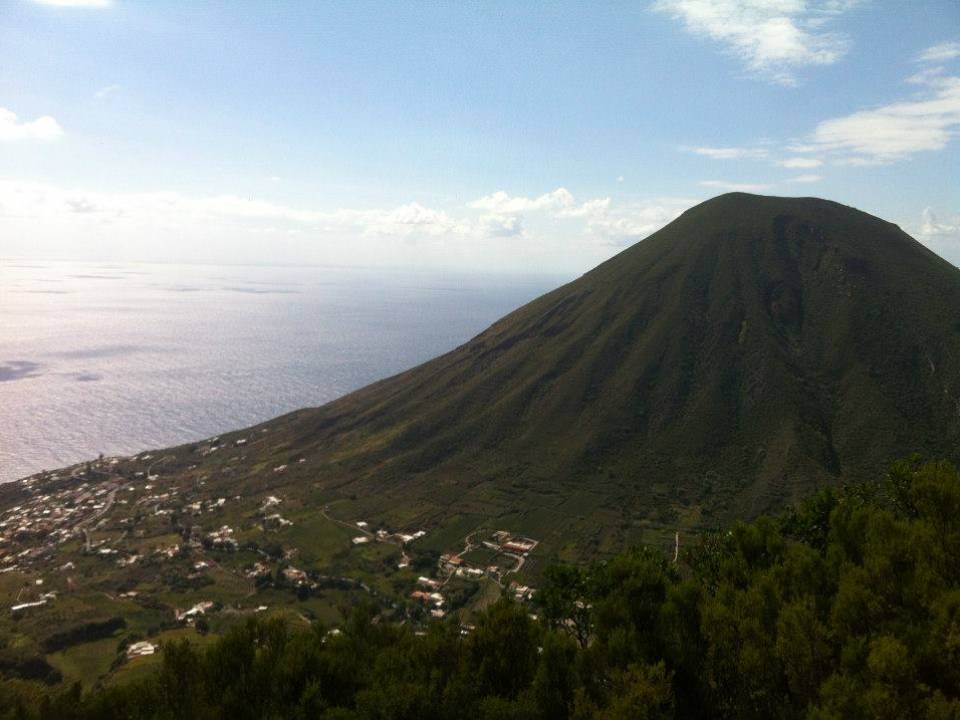 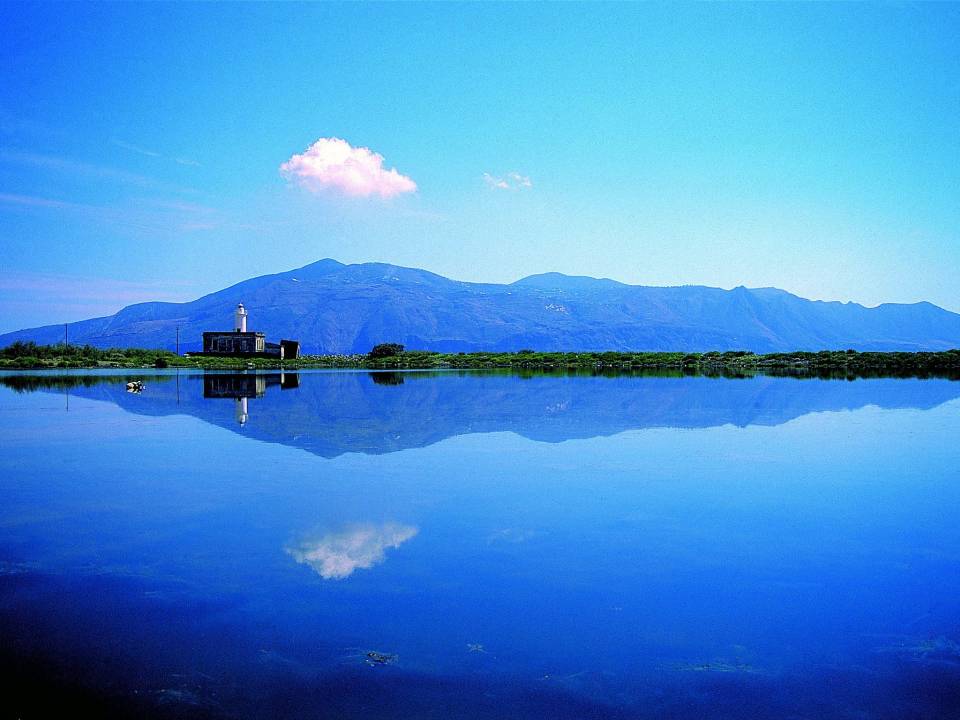 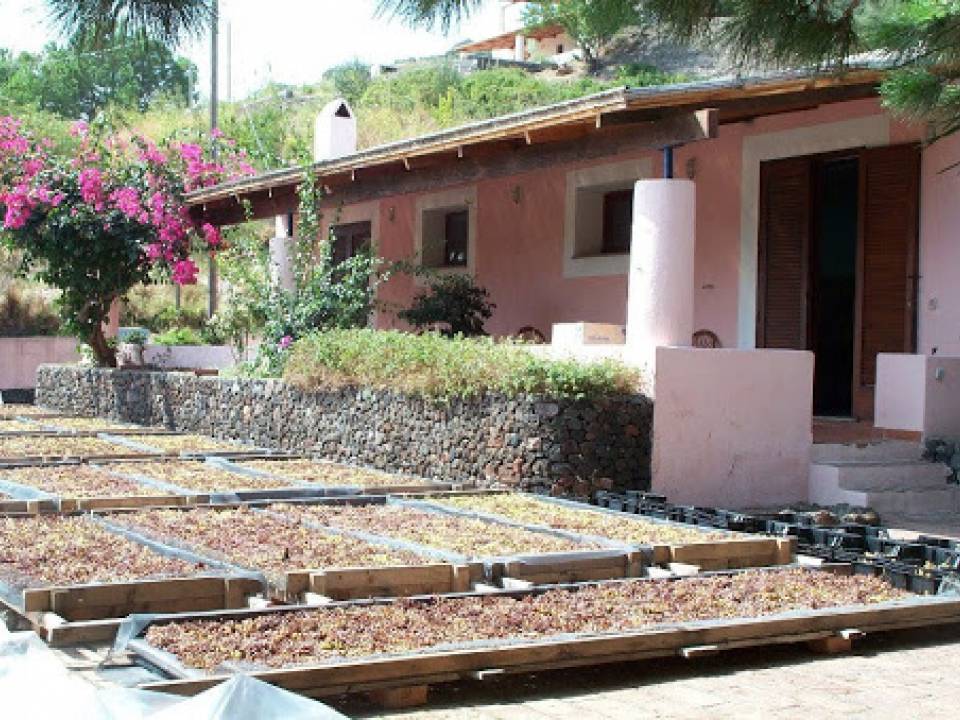 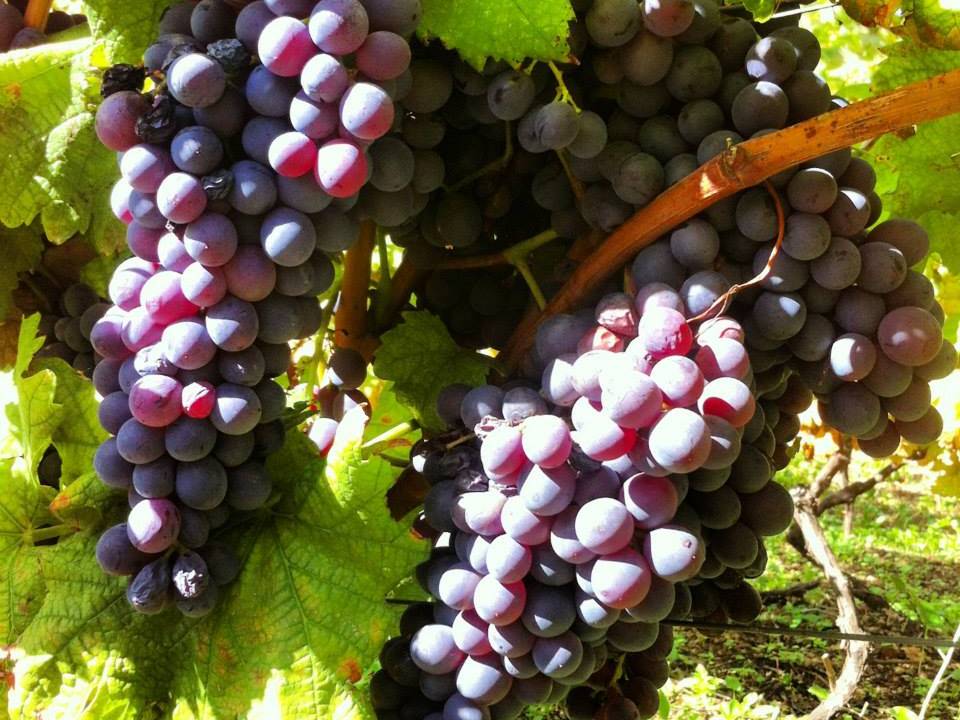 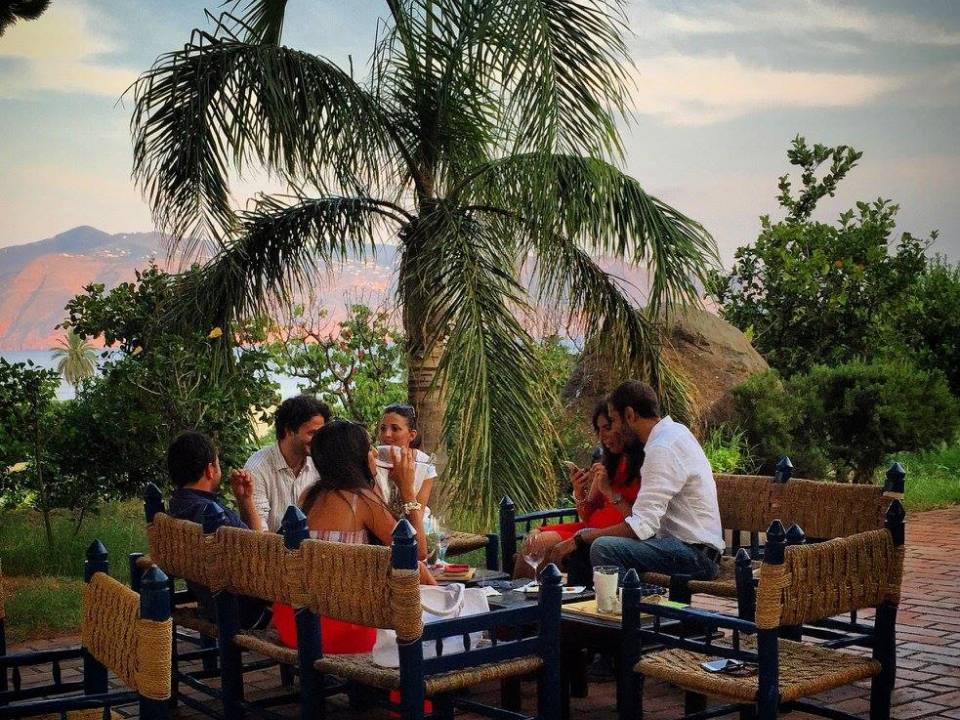 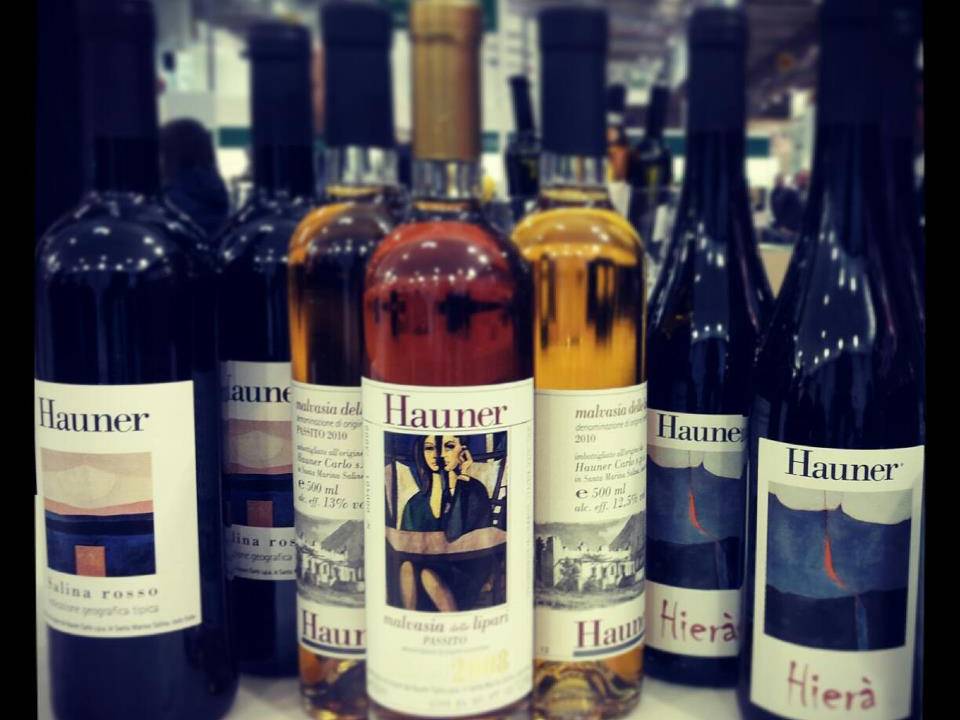 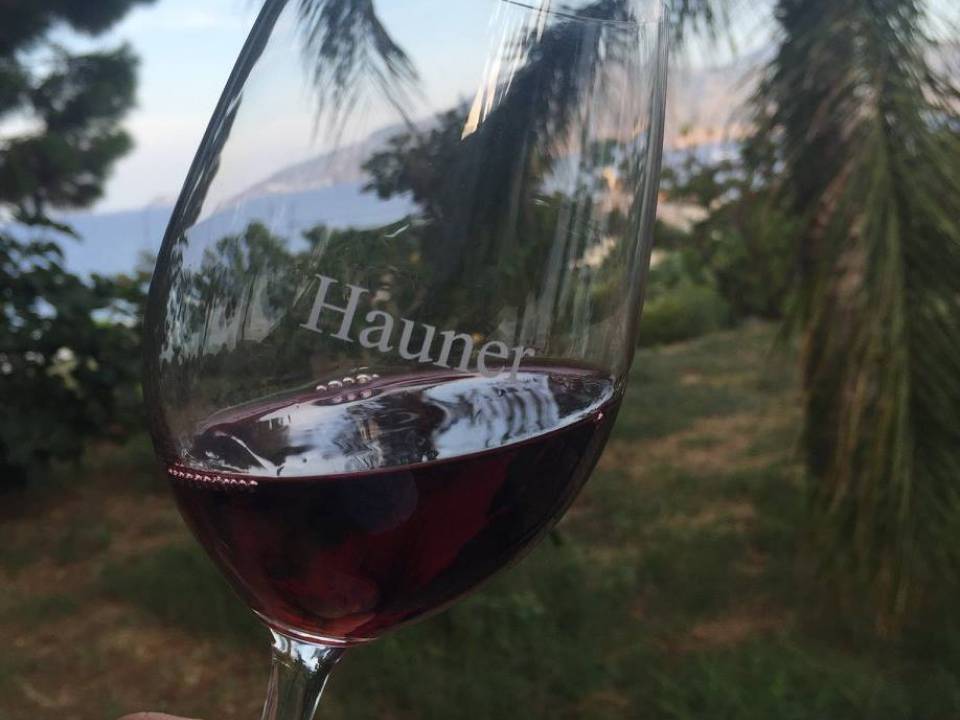 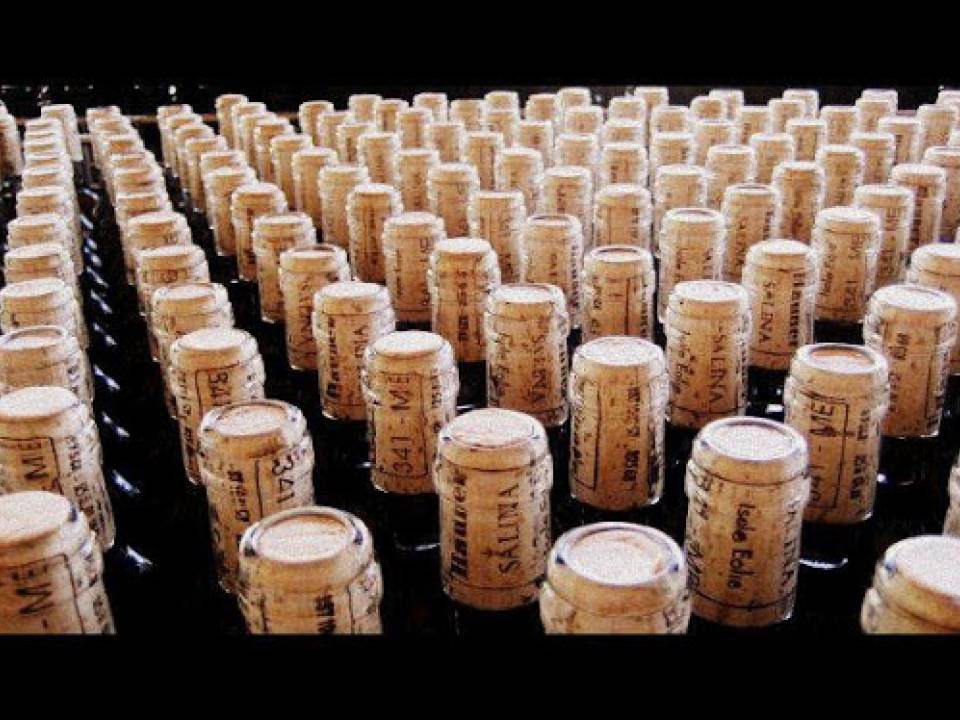