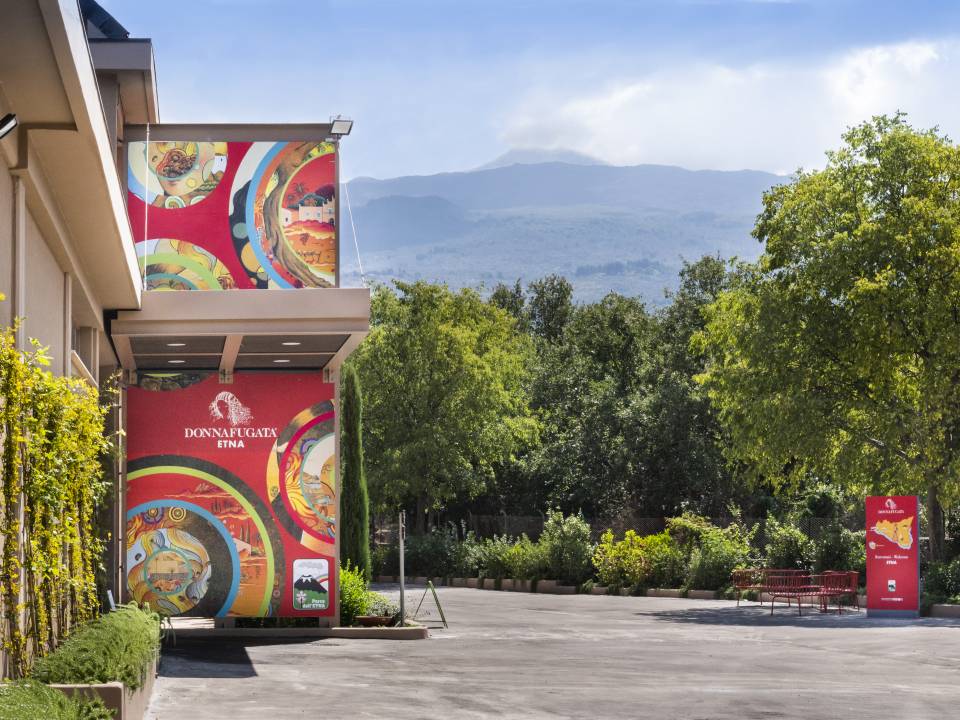 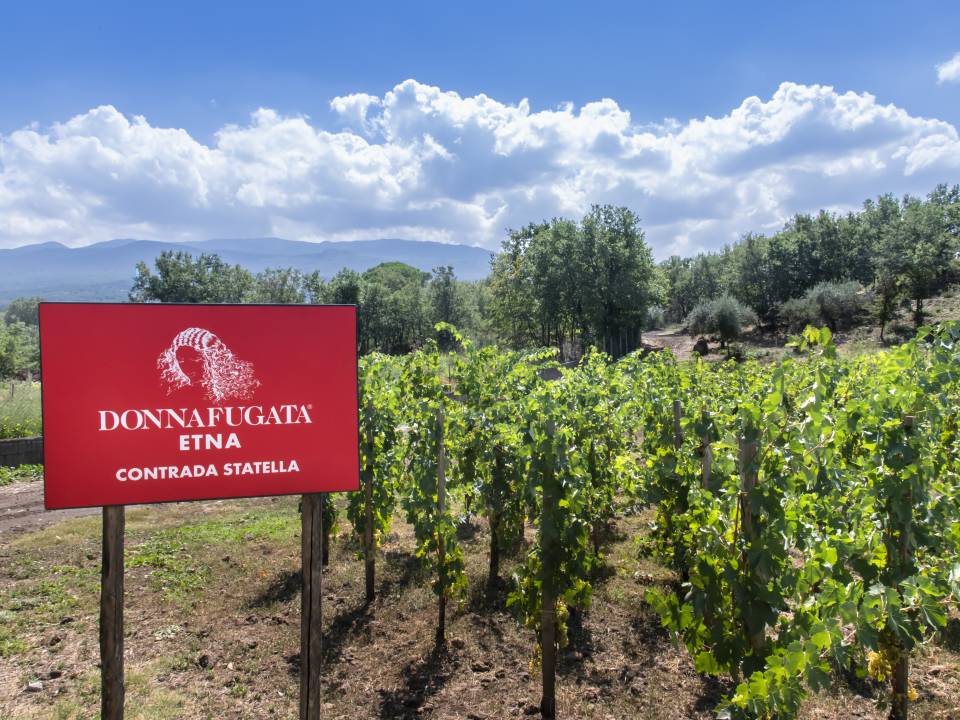 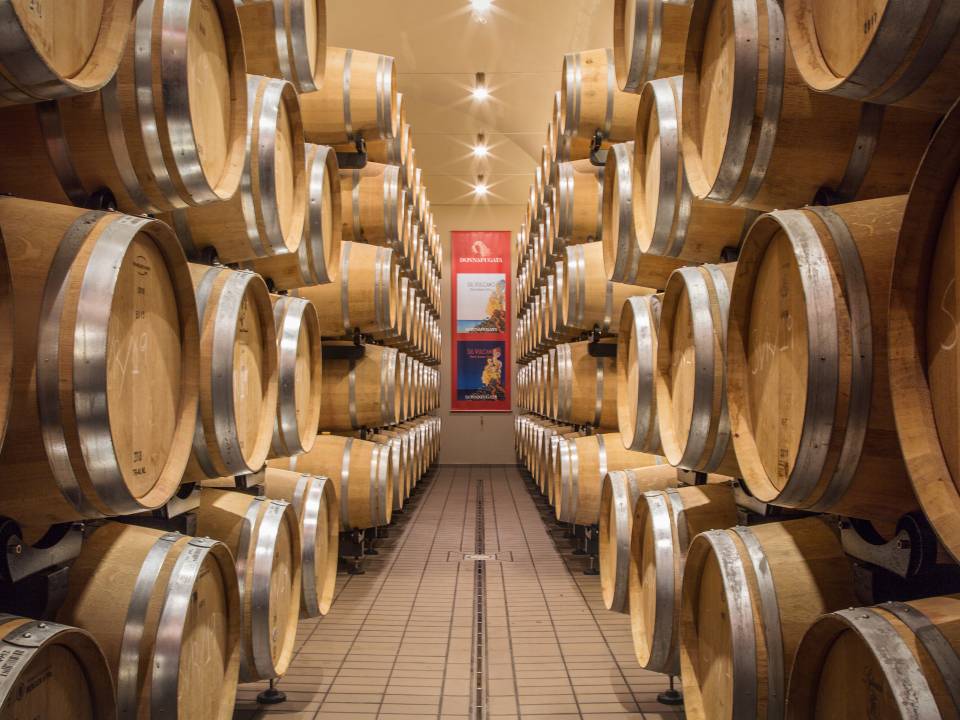 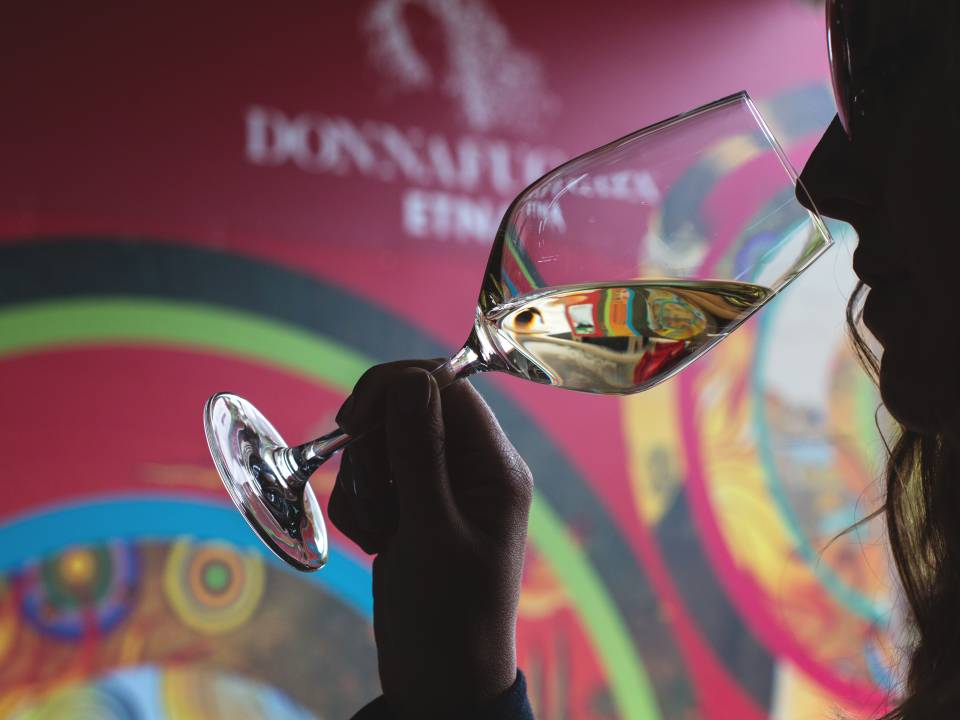 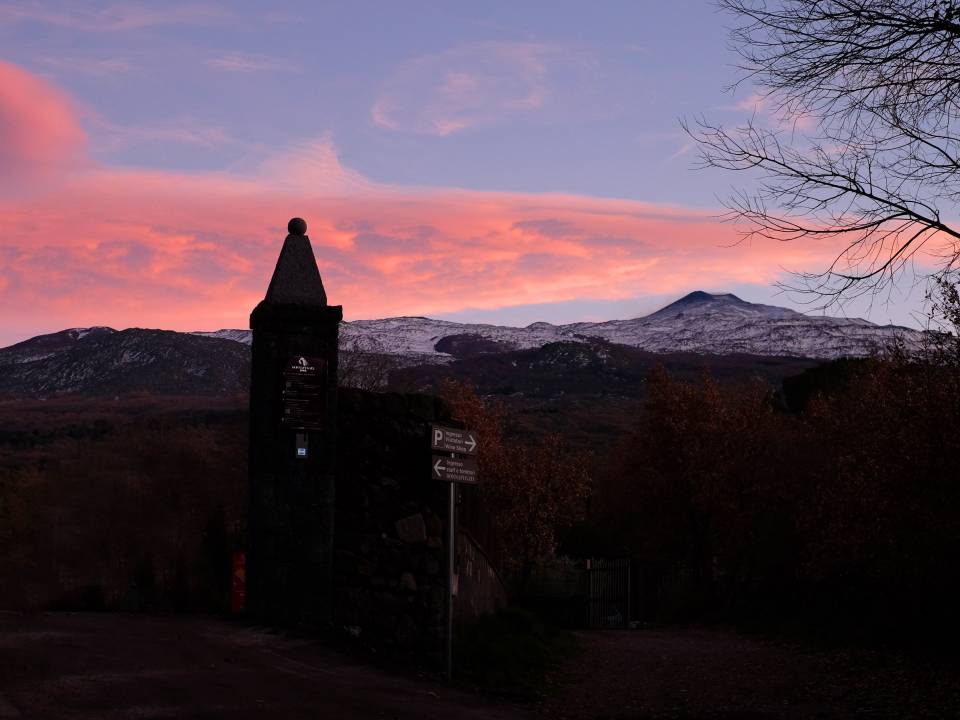 In eastern Sicily, where Mount Etna is located: the highest active volcano in Europe (over 3,300 m), Donnafugata has chosen the northern side to produce mountain, volcanic and Mediterranean wines.

In this estate, between 730 metres and 750 metres above sea level, Donnafugata can count on about 35 hectares of vineyards, all in the DOC area, divided into 6 districts: Montelaguardia, Statella, Camporè and Calderara in the municipality of Randazzo, Marchesa and Verzella in the municipality of Castiglione di Sicilia. The cultivated varieties are the native ones representative of the territory: Carricante, Nerello Mascalese and in small quantities Nerello Cappuccio.

The wine-growing landscape on Etna is characterized by terraces and dry-stone walls in lava stone (Unesco - Intangible Cultural Heritage). There is a low grown or traditional bush trained form of cultivation, including the quincunx form (dense chequered planting with about 7,000 plants per hectare). The age of the vineyard can exceed 70 years. The volcanic terrains, on which lapilli and ash continue to settle, are sandy and guarantee excellent drainage.

From the point of view of climate, the northern side of the volcano has a lower average annual rainfall than the eastern side. Fresh and windy summers contribute to the production of healthy grapes. The strong temperature fluctuations in August and September, between day and night, favour the production of grapes with great aromatic freshness and unique personality.

The interaction between soil, microclimate and vine, skilfully managed by man, gives unique characteristics to the grapes produced here and to the wines that are distinguished by minerality and elegance. Donnafugata vinifies its grapes in the cellar of Randazzo, in the Statella district, a production reality restructured in the name of environmental sustainability and immersed in the Etna Park.

On Etna, Donnafugata produces two Icon Wines: Etna Rosso DOC Contrada Marchesa cru from the homonymous district and Fragore Etna Rosso DOC cru of Montelaguardia district. Contrada Marchesa counts about 2 hectares and is situated  in a natural amphitheater surrounded by lava flows or “sciare” from thousands of years ago. The Montelaguardia vineyards represent just over 4 hectares, which have their roots in lava flows dating back to 1614-1624. Each eruption produces a “sciara” that determines a specific composition of the soil: an imprint that renders the wine of a micro-territory unique. In this territory Donnafugata produces the monocultivar extra virgin olive oil from Nocellara Etnea. The olive trees are grown on terraced volcanic soil with dry stone walls; they are harvested by hand. The Randazzo winery has a wine shop and enoteca dedicated to visitors who are welcomed all year round for tastings and guided tours.