Settesoli was founded in 1958 by a group of forward-thinking farmers who were willing to fight the severe economic crisis which spread throughout the territory.

In 1974 the company started bottling a selection of wines made from local grape varieties.

In the mid-80s Settesoli started growing international varieties. As of today, with its four factories and an overall working capacity of 50.000 tons (over 55.000 US tons) of grapes per year, Settesoli is the largest wine company in Sicily, owning 5% of the vineyards across the island, the biggest in Europe. Twenty million bottles are made in a year and they are sold in 35 countries, with 62% of production allocated to foreign markets.

During the past 40 years

Settesoli has promoted and spread the winemaking culture throughout the region, creating a real wine district and employing, directly or indirectly, over the 70% of the 5.000 families residing nearby. This scale of involvement in the local community is unique and holds even greater importance considering that Settesoli works in complete harmony with the environment.

The goal of our company is to have quality in quantity, and to maintain this quality unchanged over time. 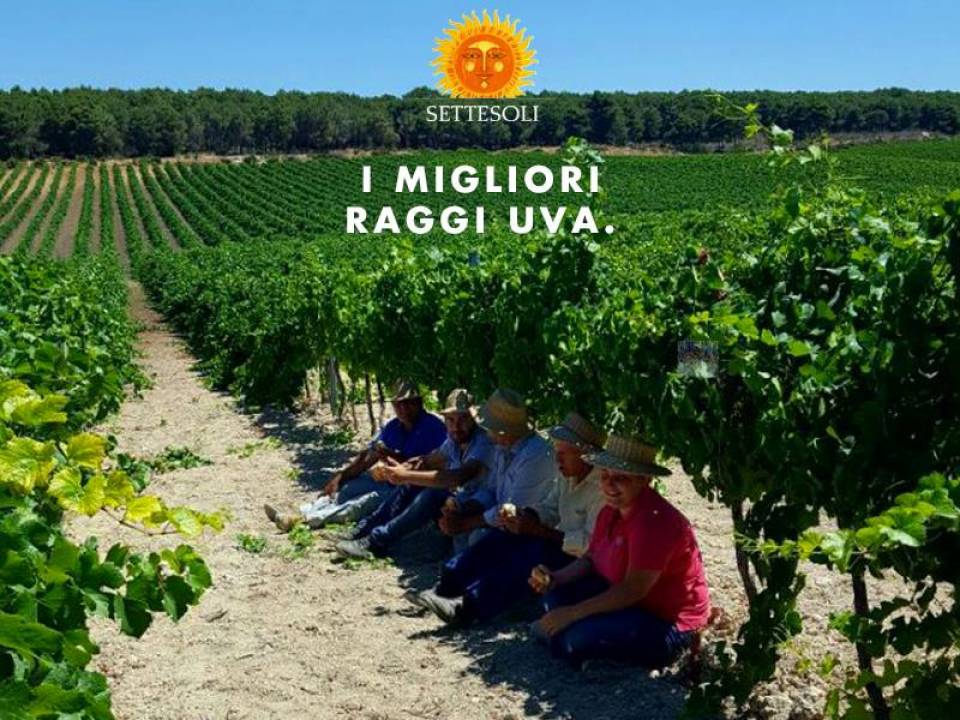 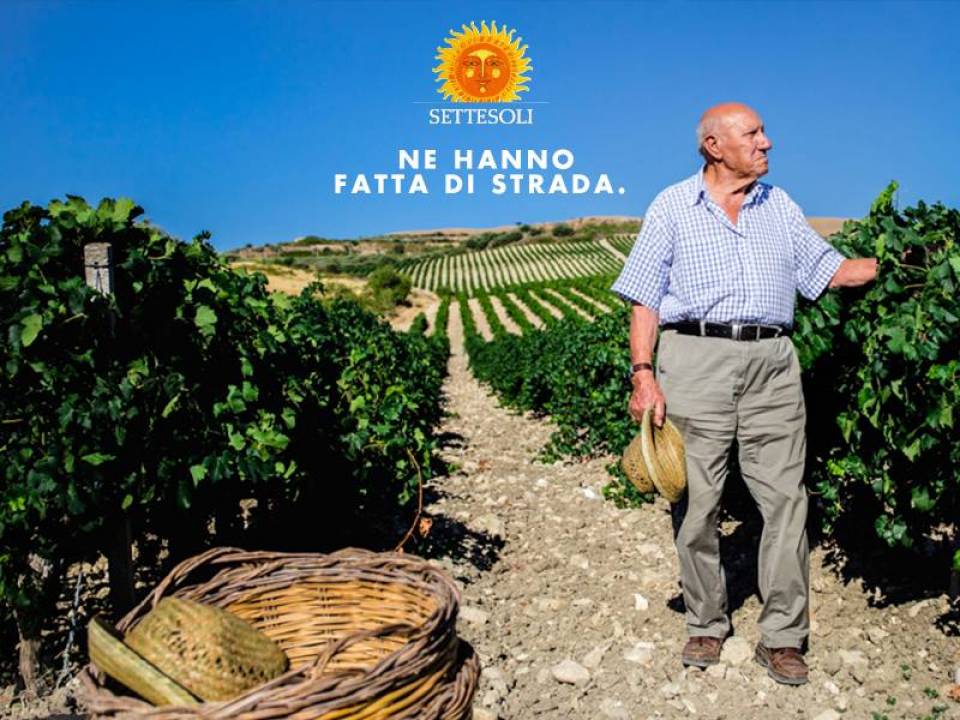 Settesoli wines were originally sourced from Sicilian grape varieties typical of the Mediterranean region, like the Grecanico, the Inzolia and the Nero d’Avola. The range was later enriched by importing vines like the Cabernet Sauvignon, Merlot, Pinot Grigio and Sauvignon Blanc. These new varieties were soon producing outstanding wines, allowing us to shift them over to a large scale cultivation.