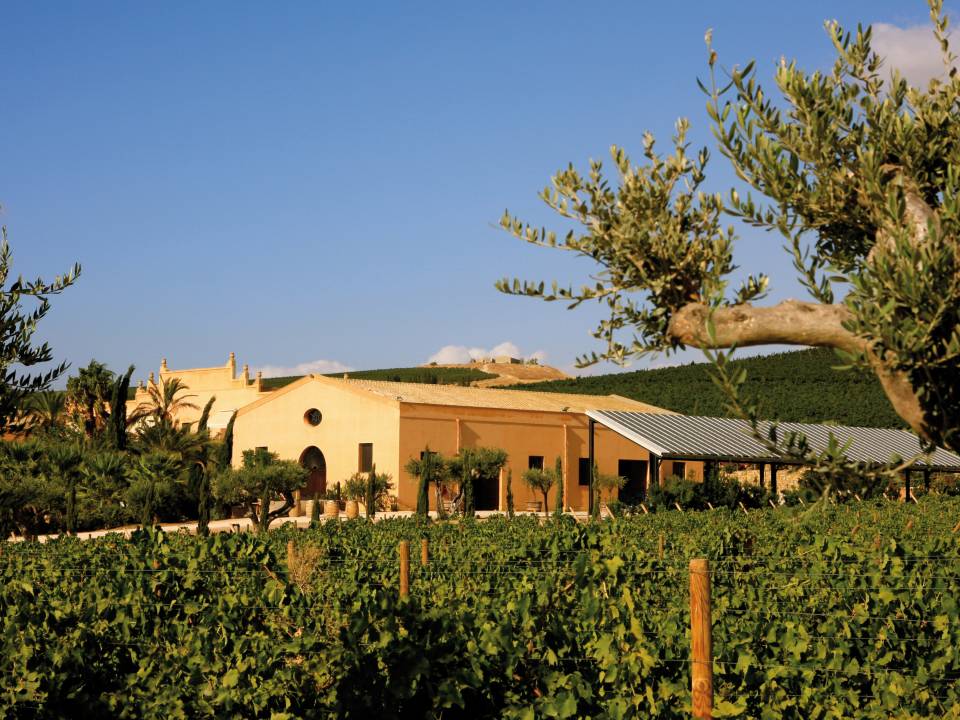 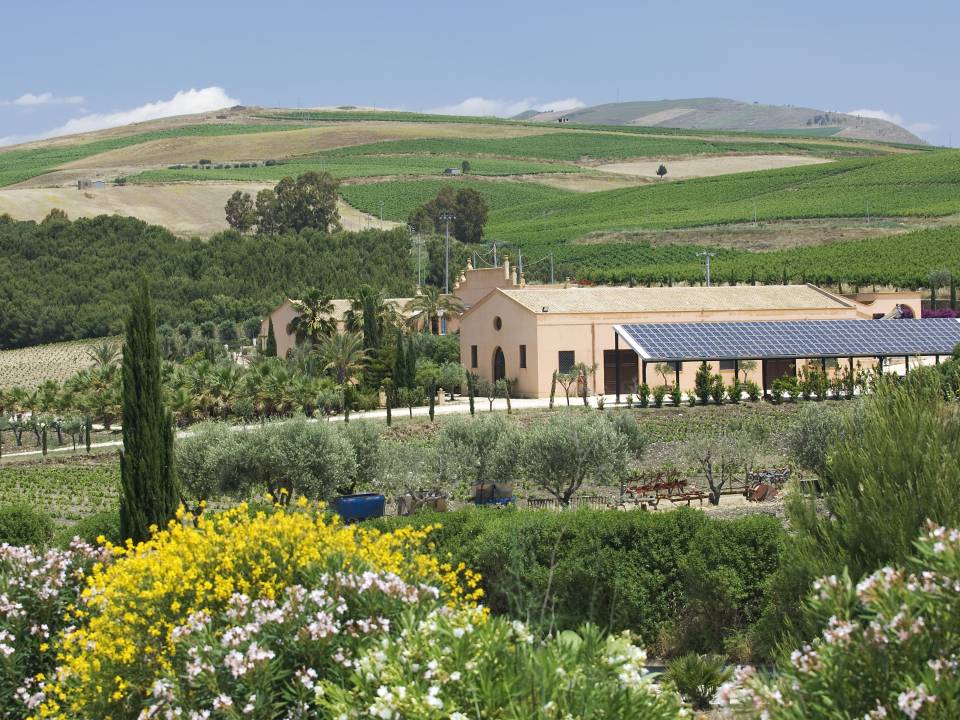 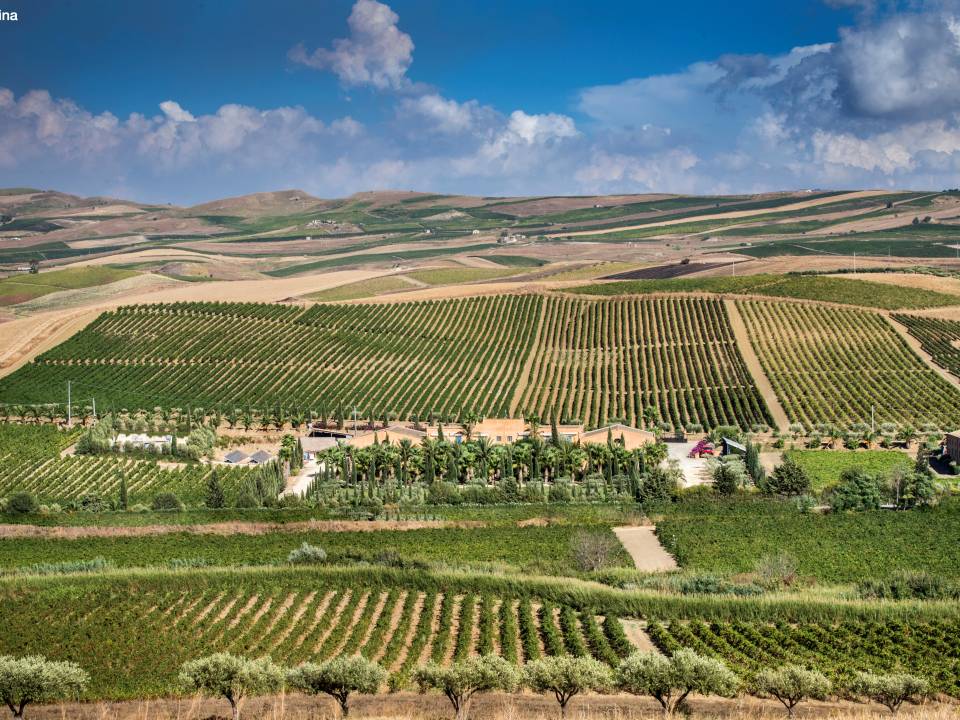 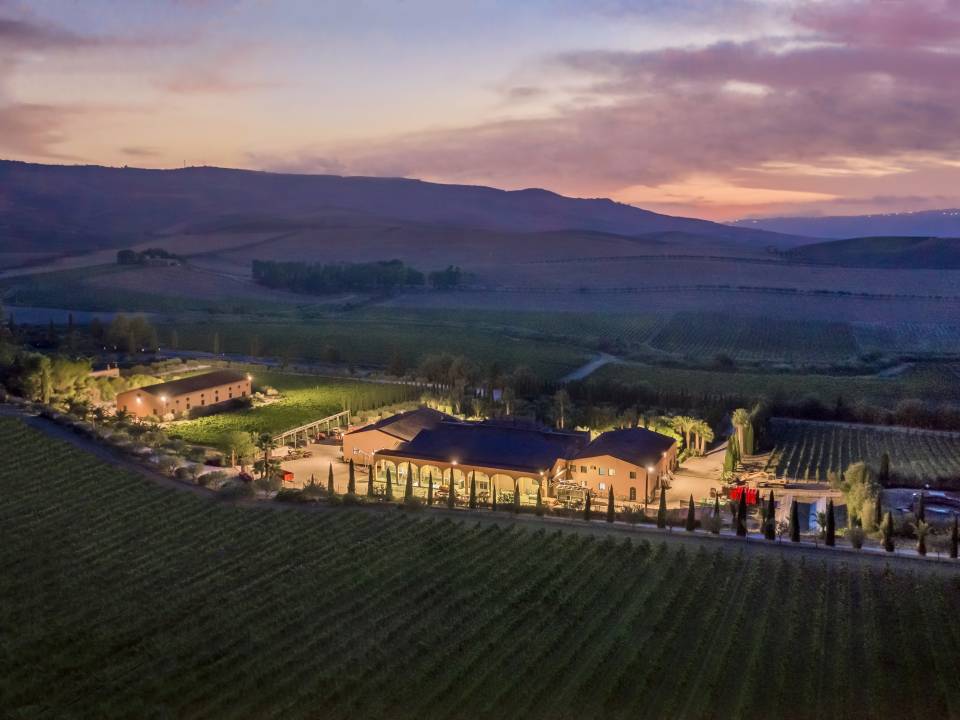 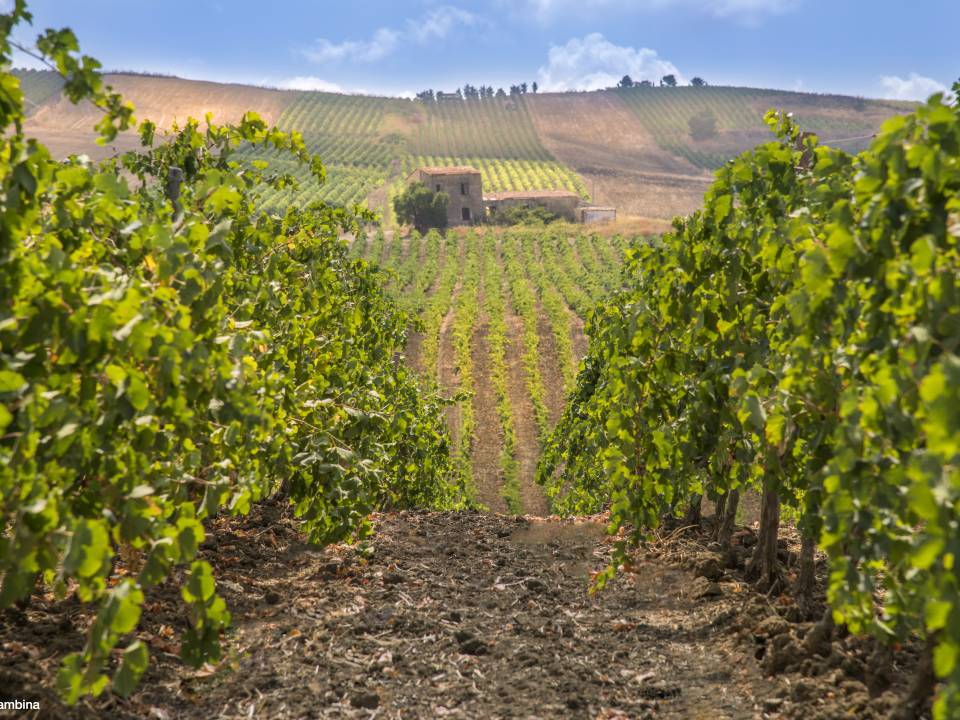 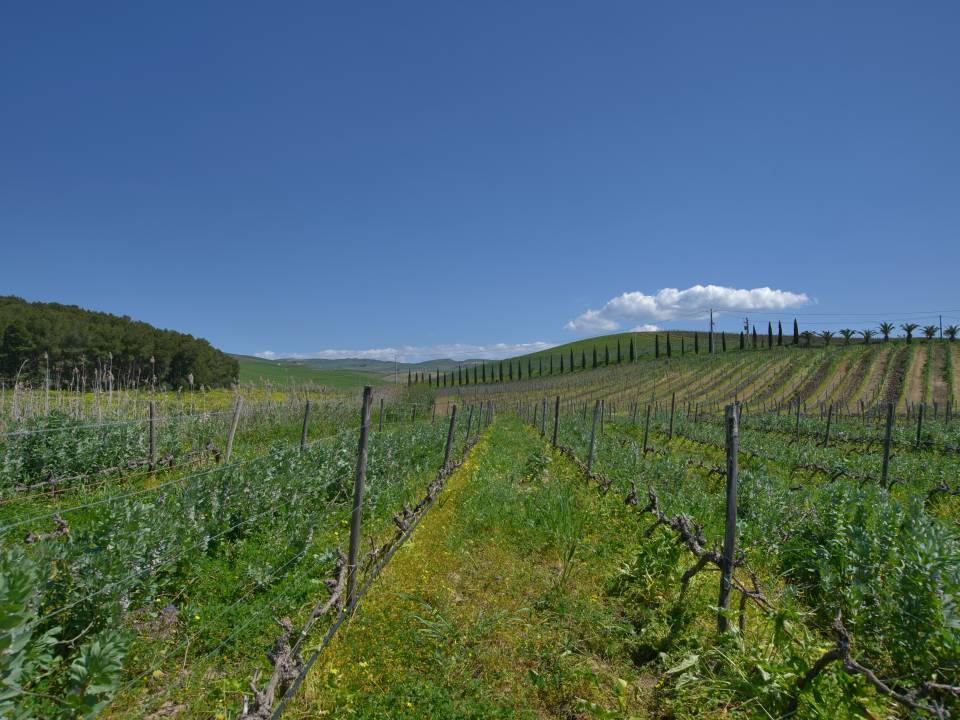 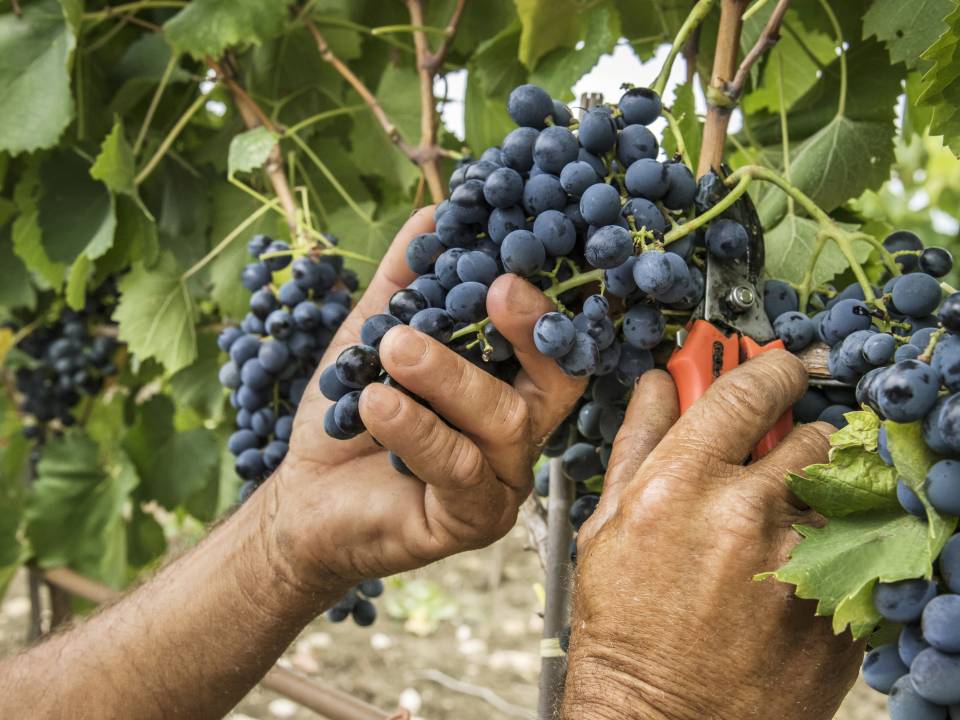 In the heart of western Sicily - among the hills of Contessa Entellina, between 200 and 500 metres above sea level - are the vineyards from which Donnafugata originated. The climate is Mediterranean, with concentrated rainfall in autumn and winter, dry and windy summers, characterized by sharp differences in temperature between day and night.

The harvest, from August to September, follows the ripening periods of the different varieties. In the winemaking cellar come the grapes obtained from the 302 hectares of the estate, divided into 8 contrade, or districts, and one cru: Vigna di Gabri. In order to enhance the peculiarities of the districts, different in soil (mostly clayey-loam), exposure and microclimatic conditions, the company aims at the best combination between terroir and vine, cultivating 19 varieties. Ansonica, Grecanico, Grillo, Lucido (Catarratto), Nero d’Avola and Nocera (an ancient variety) are the autochthonous varieties, to which are added those that have proven to adapt better to the territory: Chardonnay, Viognier, Cabernet Sauvignon, Merlot, Syrah and in small quantities Fiano, Petit Manseng, Sauvignon Blanc, Alicante Bouchet, Cabernet Franc, Petit Verdot, Pinot Nero, Tannat. On this estate prestigious productions with a strong personality are created, such as Mille e una Notte, the iconic red wine that represents Italian excellence in the world. In the 9 hectares of olive groves, divided into 3 districts, Donnafugata cultivates 4 native varieties of western Sicily: Nocellara, Cerasuola, Biancolilla and Pidicuddara from which the elegant Milleanni blend of extra virgin olive oil is produced.

On August 10th, the estate opens to the public for Calici di Stelle (“Goblets of Stars”), an event created by the Movimento Nazionale del Turismo del Vino.